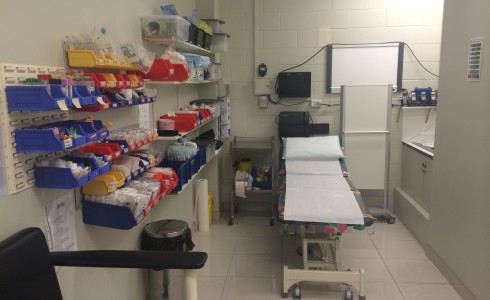 The suburb is surrounded by farmland and includes the forested Greenbank Military Range, which is a registered Australian Heritage Site. A strip of parkland runs right through the middle of the residential part of Greenbank, on either side of a small watercourse. A bike path, which extends along its length, connects up with neighbouring Boronia Heights. The size of Greenbank is approximately 49 km². It has 7 parks covering nearly 18% of the total area. In 2011, the figure had grown to 7,328.

We are the only clinic in Flagstone (Jimboomba) and Flagstone housing estate is expected to expand into the Greater Flagstone development area. The total area encompassed by the project is 7,188 hectares. It is a newly developing Suburb and The expected population for this housing area is to exceed 120,000 people.

Driving distance between both medical centres is approximately 10-12 minutes.

There is a QML Pathology collection centre within both practices as well as a visiting Dietitian and a Councellor. We also have a Psychiatry registrar coming twice a month from Logan Hospital who attends to our queries for Psychiatry needs. This reduces hospital referrals in Psychiatry. The registrars change every 6 months and they are 6 to 12 months short from becoming hospital consultants
The practice is very modern fully computerized and encourages paperlessness with all diagnostic equipment integrating with the Medical Software Best Practice.
The practice is mainly a bulk billing practice.
There is full nurse and reception support with all the staff having in excess of 20- 30 years’ experience each within the industry.
Demographics Details for Flagstone
Flagstone Pioneer Health: Is currently located in the Flagstone Shopping Village.
It is located at the corner of Bushman & Homestead Drive. Jimboomba

This enables follow up care so vital and notes are interlinked. The doctor therefore gets the opportunity to know what has happened at both practices for the same patient and Best Practice shares a common data base. Jimboomba is a growing town and locality in Logan City, Queensland, Australia.[2][3] In the 2011 census, Jimboomba had a population of 11,387 people.

Jimboomba is situated on the Mount Lindesay Highway, 47 kilometres (29 mi) south of Brisbane central business district. The eastern and western parts of Jimboomba are divided by the Logan River; the only bridge within the locality is Payne Bridge on Cusack Lane (27.82068°S 153.00428°E). There is a low-level older bridge immediately to the north of Payne Bridge but this cannot be used by vehicular traffic. The Queensland government’s current plan is that Jimboomba will become a major residential area. The Flagstone housing estate at Jimboomba sometimes gets confused with the townships of Flagstone Creek and Upper Flagstone which are decades-old towns in the Lockyer Valley Region.
Flagstone Pioneer Health is at the corner of Bushman & Homestead Drive, Jimboomba
There are currently plans for 42,000 homes currently coming up in the next 18 months.
There are also expansion plans in place for a new shopping complex and for the Flagstone Shopping Village to be expanded into a 8 million dollar shopping complex.
In the 2011 Census the population of Jimboomba is 11,387, 49.6% female and 50.4% male.[1]
The median/average age of the Jimboomba population is 33 years of age, 4 years below the Australian average.
78.7% of people living in Jimboomba were born in Australia. The other top responses for country of birth were England 5.6%, New Zealand 5.2%, Scotland 0.6%, South Africa 0.6%, Germany 0.5%.[1]
93.1% of people speak English as their first language 0.4% German, 0.3% Hmong, 0.3% Cantonese, 0.2% Japanese, 0.2% Spanish.
Jimboomba’s Flagstone housing estate is expected to expand west over the railway line into Undullah and north into South Maclean, New Beith and Greenbank. This is known as the Greater Flagstone development area. The total area encompassed by the project is 7,188 hectares.[8] Final approval for the project was granted in October 2011.[9]
The expected population for this housing area is to exceed 120,000 people.[8] A new office and shopping precinct is planned to be built next to the railway line in Undullah next to the proposed Undullah railway station.
A number of well-known sporting teams represent the local area, including the Jimboomba Thunder, the rugby league club that plays home games at Jimboomba Park.
There are large numbers of horses kept on or near residential properties for riding, for pleasure and for competition.
Flagstone Pioneer Health is at approximately a kilometres distance from the Flagstone State Community College